Face down in the Chow Fun

My wife is currently in the throes of her new olive oil company called Euphoria Olive Oil and so, our healthy dinners have fallen by the wayside. I do not know how to cook. But I do know how to dial a telephone. So last night I picked up the phone and called Hunan Balcony. 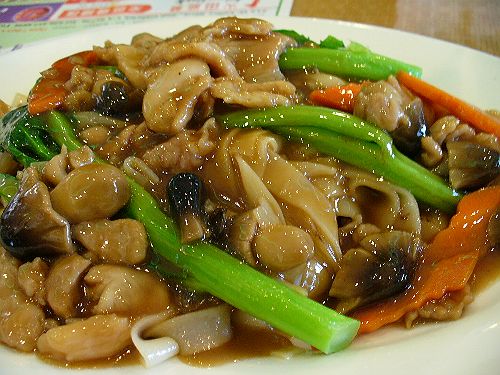 It has been a long, long, time since I've eaten this sort of fare. When you're a staunch real food/low carber, gluten intolerant and have seen the movie Food Inc., Chinese food is pretty much taboo. I had sashimi the night before so I just wasn't in the mood for more raw fish.

7:43 PM: It arrives. I de-staple the brown bag. As I open the container the smell wafts familiar. The food was all aglow with some sort of shiny brown sauce. Chunks of chicken and rice noodles smiled at me longingly. "Where ya been Fred?" the dish seemed to say. Then a voice in my head barked at me "Throw that shit out NOW!" But it was too late. The smell, look and feel of it was too much. I grabbed my chop sticks and face down I went.

The smart thing I did before I went to bed was eat about a pound of digestive enzymes and probiotics. Amazingly, I did not experience any heartburn whatsoever. In the distant past when I ate like this I would always be beset with terrible heartburn. I do believe that the the enzymes saved me from a terrible case of GERD.

But when I awoke, I had terrible intestinal pain. Sharp and stingy. It felt like there was a serpent in my guts biting me every 10 seconds. Nasty stuff that chow fun. And to think that there are people out there who eat like this most of the time. How do they stand it?

I won't go into any details about my bathroom adventure this morning. Suffice it to say it was pretty ugly.

So learn from my folly. The next time you have the chance to order in Chinese, think of what happened to your pal Fred and order something else instead. Your large and small intestines will thank you for it.