Don't Give To The Poor 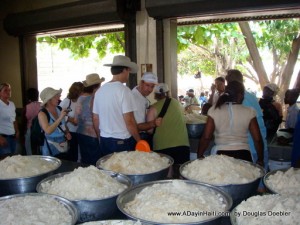 OK before any of you de-friend me on Facebook or block my Tweets, please hear me out.

Now is the time of year when feelings of giving and good cheer begin to seep from our pores and spread throughout our communities. Altruistic alms and sharing our services to those in need is a common scene as Christmas and Chanukah draw near.

It is also the time of year when we all start eating way too much crap.

Halloween, for example, is not scary because of the demons and monsters, but because of the evil that lurks inside the treat gathering pumpkin basket.

There's enough sugar in this bowl to kill a wildebeest.

Oh - that little white paper you see in the center of the bowl was written by my daughter Amber. She sure does covet her candy!

I think you would all agree that if I took that bowl and tossed the lot into the trash bin, no one would accuse me of wasting food, right? In fact, most people who have even an inkling of knowledge in nutrition would pat me on the back for such an action.

But why? Why it is OK to add a bowl of candy to our landfill when the end result of eating this junk is an increase in blood glucose - just like eating any other form of carbohydrate. The answer is we've been had.

If you were to follow my nutritional advice, you would go into your kitchens and place the following items in a cardboard box:

All breakfast cereals
Pastas
Breads
Rice
Chef Boyardee and other commercially canned "foods."
Miscellaneous fare like Pop-Tarts, Cheese Doodles, and other stuff of that ilk

Ideally, you would take your cardboard box of "carbage" (I think the brilliant Tom Naughton coined that phrase) and you would dump it in the trash. It's not fit for humans nor is it fit for rats.

If you want to give to the poor, given them nutritionally dense foods like eggs, meats, fruits and vegetables. Don't feed them the kinds of foods that will make them sick, tired, obese and diabetic.

Peace on Earth and good will towards humans. Good will includes good nutrition.