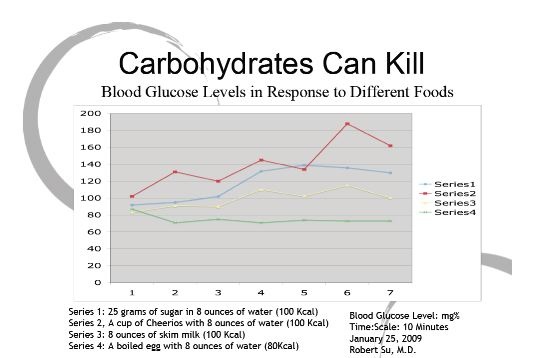 I am a fan of Dr. Robert Su, M.D. He is a brilliant physician and a good man. I wanted to share with you all a recent blog post of his. If anyone in your family has heart disease, this is a must read article.

In the July 18, 1953 issue of Journal of American Medical Association, an article by Major William F. Enos; Lieut. Col. Robert H. Holmes, (MC); Capt. James Beyer, (MC), “Preliminary Report: CORONARY DISEASE AMONG UNITED STATES SOLDIERS KILLED IN ACTION IN KOREA”, found 77.3% of the American soldiers with an average age of 22.1 years (from 18 to 48), who died in the Korean War, had evidences of atherosclerosis. The striking point is that these young men were physically fit for combat and yet had already had one of the most serious diseases — atherosclerosis, which involves arteries of the heart, brain, aorta, and other parts of the body. [1, 2]

In 2002, Tuzcu EM et al reported atherosclerosis was found in one out of every six teenagers who were totally asymptomatic. Undoubtedly, the findings along with similar reports should surprise many who are concerned about the epidemic. [3, 4] To surprise even more people, several articles reported evidences of atherosclerosis in children even those who were as young as a few months old. [5, 6, 7, 8, 9] Unfortunately, these serious findings have always been explained away with a terrible misconception, “Atherosclerosis is a result of high level of cholesterol and/or fats in the circulation, which are coming from the foods rich in cholesterol and/or saturated fat.” Just stop a moment and think: How much cholesterol and/or fat could an infant have possibly ingested for developing atherosclerosis? However, with that misconception, public campaign, by government and the mainstream medicine, on reducing the blood levels of cholesterol and fat especially the saturated fat for preventing atherosclerosis has continued for the past decades. Ironically, the incidence of atherosclerosis has continued to rise. When one would-be-the-solution did not solve the problem, is not it the time to discard the solution and look for a logical one?

As described in the article, “Carbohydrates Can Kill: Hyperglycemia Is Problematic But Preventable By Restricting Carbohydrates”, inflammation in the intima attracts a swarm of inflammatory factors and white blood cells to the location and begins a process of destroying the healthy, normal structure of the arterial wall and remodeling it with plaque formation by macrophages, which engulf cholesterol and fat to become foam cells. When inflammation subsides, the surface of the plaque is covered with a layer of fibrous tissue, which is stable unless a new round of inflammation continues. But, if inflammation continues, the cap of the plaque becomes thinner and is readily ruptured into the circulation with its debris, which prompts blood clotting inside the circulation, consequently clogs blood supply to the tissues. [13] Depending on the location of the tissues, heart attack, stroke, and gangrene of the limbs or internal organs will result

Like many factors, including irritation, infection, injury, stress, and hypertension, hyperglycemia can cause inflammation. It can also promote inflammation in the presence of the aforementioned factors such as irritation, infection, injury, and stress. Thus, without hyperglycemia, inflammation by other factors would be subtle. There is a positive link between hyperglycemia and the level of C-reactive protein (CRP.) [14, 15, 16, 17] To keep blood glucose level within normal range at all times, say below 120 mg% if possible, or at least not above 150 mg%, is definitely the most important measure for keeping a low inflammatory level and preventing acute and chronic events of atherosclerosis. [18]

To protect children and infants from atherosclerosis, an article, “Carbohydrate-restricted Diet Is More Effective Than Statins For Children’s Atherosclerosis”, is devoted to discussing the cause and prevention of the epidemic. [19] While it is essential to keep blood glucose within normal range for preventing inflammation, using food supplements such as vitamins and essential fatty acids may be beneficial. For the sake of double protection for those who have evidence of atherosclerosis, adding a therapeutic dosage of anti-inflammatory drugs such as daily 81 mg of Aspirin is helpful.

Because of a positive link between the excursion of postprandial blood glucose and the consumption of carbohydrates, restricting carbohydrates, especially those high in glycemic indices and glycemic loads, is the choice for keeping blood glucose within normal range at all times. Restricting carbohydrates is not just the diet for weight loss, more importantly, is the diet for keeping inflammation very low, and giving everyone a chance to live a long life with good health.

Here is his web blog so that you can check the references. I hope this article has enlightened you all to the real cause of heart disease - inflammation - and that carbs when in excess are the true "killers of the dream."