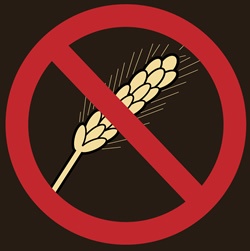 Well, well, well. ABC News has really shown its colors this time by airing a news segment the other day on the dangers of going gluten free. The dangers?

Gluten is a protein composite found in wheat, rye, barley and other grains. There is no known need or requirement for this particular protein blend in the human diet. Given this fact, one wonders how the lack of it could be harmful.

In fact, grains and other forms of carbohydrate are completely unnecessary in the human diet. From the Institutes of Health DRI report:

The lower limit of dietary carbohydrate compatible with life apparently is zero, provided that adequate amounts of protein and fat are consumed.

The doctor in the video (and we don't know what sort of doctor he is as the segment doesn't say) states that adopting a gluten free diet could lead to nutritional deficiencies in fiber and B vitamins. Really? It appears that this doctor has forgotten about foods like fruits, vegetables, eggs and meat - all of which are as gluten free as it gets.

He also tries to suggest that if you go gluten free you might become vitamin deficient since you'll miss out on all those lovely vitamins that food companies infuse into their products. I mean, c'mon! One good look at this "doctor" and you can see he too needs a gluten free diet lickety-split. Oh I kid the good doctor.

And there was no opposition or counterpoint. Responsible reporting includes the other side of the story. But in this one, the opposition is completely nonexistent.

One wonders how this segment came to be produced and aired. As I see it, Conagra must have paid to have this show dreamed up and then pushed its production to the networks. ABC then irresponsibly picked up the idea, produced the show and aired it.

This show may very well have influenced some people to start eating gluten again and for many, this can be very harmful. Forty lashes ABC. This is the kind of stuff I find revolting.

I know my mother-in-law is going to call or email me shortly to tell me that going gluten free is dangerous. Hopefully she didn't see the segment. I'll of course explain to her at length why the segment was wrong and how they twist stuff to cause fear and panic in people. But, as in the past combating info like this with her, it boils down to Fred the trainer vs. _________ the doctor.

Guess who wins in her mind?

What will Conagra dream up next? I know: The Dangers Of Eating Non-manufactured Foods.

Hmmm...I probably shouldn't have said that...