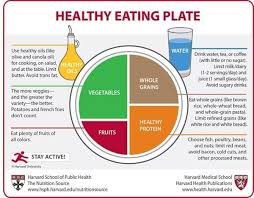 Harvard school for public health is holding an open Q&A tomorrow at 2:30 PM to discuss your thoughts and ideas on their food plate.

Dr. Feinman, President of the Nutrition and Metabolism Society has written a blog on this that you should all read. After reading the good doctor's blog, go to the Harvard site, register, send in your questions and participate tomorrow afternoon.

Change only happens when you get involved and change is sorely needed in the field of nutrition.

Here are the questions I submitted to give you an idea:

1. The National Institute of Health’s DRI report states (on page 275 of their online journal) the following: “The lower limit of dietary carbohydrate compatible with life apparently is zero, provided that adequate amounts of protein and fat are consumed. However, the amount of dietary carbohydrate that provides for optimal health in humans is unknown. There are traditional populations that ingested a high fat, high protein diet containing only a minimal amount of carbohydrate for extended periods of time (Masai), and in some cases for a lifetime after infancy (Alaska and Greenland Natives, Inuits, and Pampas indigenous people) (Du Bois, 1928; Heinbecker, 1928). There was no apparent effect on health or longevity. Caucasians eating an essentially carbohydrate-free diet, resembling that of Greenland natives, for a year tolerated the diet quite well (Du Bois, 1928).” Given this, why then does the Harvard Food Plate consist of three quarters carbohydrate? Why is your plate based primarily upon a macronutrient that we need the least of and possibly none at all? Should not the plate be based on the macronutrients we need the most of?

3. What evidence are you using to support your statement that people need to “limit red meat and to avoid bacon”? Is this recommendation based solely on epidemiological surveys or is there actual controlled research to support your recommendations? Do you mean to say to avoid the nitrates and other chemical additives in processed meats? Some processed meats do not contain these substances and are purely meat.

4. What is your definition of processed? Uncured bacon is a far less “processed” food than a loaf of whole wheat bread or pasta. Shouldn’t you be recommending that Americans avoid all foods that are processed? If not why not?

5. Why do you say “eat plenty of fruit…” and not say eat plenty of meat when the protein section is larger? Why use such a suggestive determiner as the word plenty for one group of foods and not others?

6. Do you feel that this food plate is healthful for diabetics since it is three quarters carbohydrate and diabetes is a condition of severe intolerance to carbohydrates?

7. What scientific evidence are you using to support the statement in the healthy oils section to “limit butter?” And why do you say that canola oil is healthy? Where is the evidence to support this statement?

8. Are you aware of this 2010 paper by Krauss et. al. on saturated fats? Their conclusion: “A meta-analysis of prospective epidemiologic studies showed that there is no significant evidence for concluding that dietary saturated fat is associated with an increased risk of CHD or CVD.” Given this, why then does your food plate limit saturated fats? What research are you using to support your recommendations to limit saturated fats?

9. I’m unclear why you placed beans and nuts in the protein section. They are not pure proteins. They contain significant carbohydrate and starch. Broccoli has protein too. Why aren’t nuts and beans in the vegetables section?

Here is my version of the "Plate:" 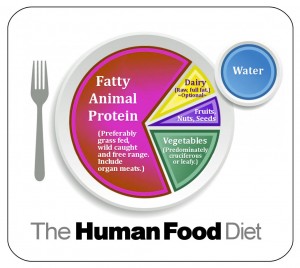 So don't delay! Change is in your hands.