Is there any Hope for Diabetes?

Yes. Indeed there is. But it's not exactly the kind of hope we want.

Hope Warshaw is a registered dietitian and diabetes educator who has gained a modicum of fame in the diabetic world. In fact, the great and powerful ADA endorses her work by virtue of the fact that they offer her articles on their website. As you'll see in the video of her with Dr. Richard Bernstein later in this post, she's pleasant enough and she appears to be sincere in her recommendations.

However, sincerity ain't enough. And it sure doesn't lower blood sugar.

In a recent egregious article in Diabetes Management, Hope made some very shocking comments regarding how diabetics should manage their diet.

In fact, her comments are so shocking that it's high time that diabetics and the people who love them get super P.O.'d, email the magazine Editor-in-cheif and demand the scientific truth because what Hope is penning is almost criminal. What she writes, in my humble opinion, is tantamount to malpractice for an R.D.

As I see it, Hope (and others of her ilk), have some serious explaining to do. A diet for managing diabetes is more than a matter of personal food preferences as Hope suggests. We all already know we have the "right" to eat whatever we want and "deserve" to eat the foods we love. But these "rights" are totally beside the point. We are not all that different physiologically and in many ways we are virtually identical.

"Just the fact's ma'am." as Sgt. Friday said. That's what diabetics need to know. Take a look at this statement:

Old dogma? DOGMA??! It is not imagined, believed or an opinion that low carb diets work to control blood sugar - it is scientific fact. In fact, it is the only diet that can do so. Again, it's not about what we like to eat, it's about what manages the condition best.

And according to the USDA, the 2010 Dietary Guideline do not apply to diabetics or anyone with a health/medical condition. Shouldn't Hope know this?

But hold the phone - she says that the ADA wants diabetics to derive 45% to 65% of their caloric intake as carbohydrate? I checked and this is not exactly what the ADA says but Hope sure is saying it. How can Hope support or rather, conjure up this wildly absurd recommendation? If followed, this recommendation will sure sell a lot of glucometers, insulin and Metformin!

O.K. Let me see if I have this straight. Fact: Diabetes is a condition of carbohydrate intolerance and if you're a diabetic, your blood glucose level has to be monitored regularly to make sure that it is within a healthy range. (Even the Hope Warshaw's of the world agree on this.) And carbs are the worst blood sugar offenders by far be they a glass of soda or be they a slice of 87 grain bread. All carbs turn to glucose.

O.K., now, a diabetic eats carbs and her blood sugar soars. She then is forced to take medicine to bring her blood sugar down or to keep it low before she eats the carbs in the first place - not the fat, not the protein - the carbs. So, given this scenario, the infinite wisdom of Hope is to recommend that diabetics derive 45%-65% of their calories from carbs. 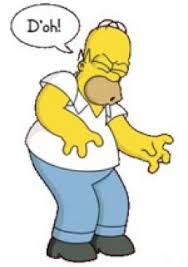 I need a moment here. I think we all do.

Take that recommendation in my peeps. The ADA and Hope thinks it's A.O.K for a diabetic to take in most of the calories they eat as carbs.

That's like the AAFA telling people who are severely allergic to peanuts to eat more peanuts but have that EpiPen ready or to inject themselves with an EpiPen before they eat the peanuts. But make sure to eat lot's of 'em!

And hey, all you celiacs out there now hear this - you need to eat more bread! Don't worry about your IBS or the other deadly conditions that gluten causes you. We got some good ol' drugs to take care of all that!

Hope goes on to say:

Countless research studies do not show long term (greater than six months to a year) benefit of low carb diets on blood glucose, weight control, or blood fats. People with type 2 diabetes, like the general public, should lighten up on added sugars and sweets (yes, they're carbohydrate). They should eat sufficient amounts of fruits, vegetables, whole grains, and low fat dairy foods--all healthy sources of carbohydrate.

This is one wacky-worded paragraph.

OK - here's where Hope is truly hopeless. Don't you just love it when people say things like "Countless research studies..." Really - countless?" There are so many that the number is actually uncountable? That's quite a lot. But why doesn't she cite a few if there are so many? After all, she's an R.D. and should hold herself to higher standards rather than blurt out false exaggerations.

And she virtually admits in this statement that she doesn't know what macronutrient raises blood sugar. In other words, why isn't she suggesting to diabetics - nay - shouting to them from on high - that they must keep their carb intake as low as possible and to make sure that the carbs they do eat come from vegetable sources? Why is she telling diabetics they should eat sufficient amount of carbs? For what purpose? Doesn't she know of and hasn't she read the National Institute of Health's DRI report, specifically the section on carbs? Here it is:

Clinical Effects of Inadequate Carbohydrate Intake
The lower limit of dietary carbohydrate compatible with life apparently is zero, provided that adequate amounts of protein and fat are consumed. 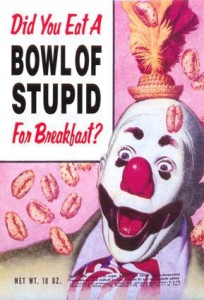 If you take a look-see at the comments section in the Diabetes Management mag article above, you'll see that what Hope has to say about low carbing and what people who are actually low carbing have to say is quite different. And if you look closely, you'll find nary a response from Hope. You also won't find a single comment in support of Hope's hogwash.

As I was writing this I read Nadia Al-Samarrie, the Editor-in-chief of Diabetes Management magazine's article on her response to the responses. And what does she have to say? Hold on to your glucometers:

I am delighted that such a passionate, vocal group of low carbers follows Diabetes Health, but I take issue with their implication that Diabetes Health does not support low carb, and I disagree with their conviction that low carb is the one true path for people with diabetes.

Despite the well documented merits of a low carb diet, the reality is that it's not successful for everyone.

Wait a sec - does she mean that for some diabetics a low carb diet doesn't keep their blood sugars more normal than a high carb diet? I think she does. If she didn't, she'd be a lot clearer.

And anyway, it is physiologically impossible that this could be true for anyone who is diabetic. No diabetic would do better with more carbs rather than less carbs in their diet. It makes no difference whether they like the diet or not.

Shaw said: "Forget about likes and dislikes. They are of no consequence. Just do what must be done. This may not be happiness but it is greatness."

"Personally," Nadia says "I have not been successful on a low-carb diet, and that's true of many other people with whom I am familiar. A low carb diet is difficult to stick to."

What Nadia doesn't know or can't come to grips with, is she's a sugar addict. She want's her sugar and by gum (sugar free, right Hope?), she's going to have hers.

Nadia goes on and on and on like this - it's an interminable read. The illogic and "unscientificness" of it is enough to make your blood sugar boil.

Well, it's one way to kill subscriptions.

But I suppose we do have to remember that magazines need to sell and to sell they need articles. I mean, can you imagine what would become of Diabetes Management magazine if every single article was a scientifically sound article with nary a sentence that misled? One shudders to think at the result.

Nadia and Hope - birds of a feather.

Take a look-see at this video of Hope and Richard Bernstein M.D. discussing the issue. (Sorry I couldn't figure out how to embed the video here.)

After listening to what Dr. Bernstein is saying, and he's stating facts, how can she hold the position she does? Has she ever read Dr. Bernstein's book which is arguably the definitive text on the subject of diabetes? Might she be afraid of being sued by thousands of people who have followed her recommendations if she was to come clean and own up to the reality of diabetes management via a very low carb to no carb diet?

It seems to me that she should be more afraid to continue giving the advice she is. But it appears that Hope would rather your diabetic grandmother lose her feet before she loses face.

I say enough is enough. We've had it, haven't we? I sure have. Aren't you sick and tired of seeing commercials with false claims like Cheerios makes your heart healthy or the innuendo that oatmeal will cure your heart disease?

We need an outside judge or judges - a panel of new scientists to take us in a new direction - the right direction - which is away from dogma and opinion and instead towards known scientific nutritional realities. We need science. Science after all, is science.

“The previous Guidelines have not worked well. It is simply unreasonable to ask the DGAC to audit its own work. An external panel of scientists with no direct ties to nutritional policy would be able to do a more impartial evaluation of the data. This would be far better for everyone.”

Like Mark Twain said: "Be careful about reading health books. You may die of a misprint."

I doubly agree. And I've written two of them!

So, considering all this, should Hope be the voice for diabetics who feel hopeless or should diabetics be Hopeless for there to be any chance of hope? I think you know the answer. At least I hope you do.

So please, write, email, shout and stomp your feet. Don't let Hope and her cronies continue to spout their misinformation. Do something about it. And do it now!