My family and I took a lovely trip to Washington DC this past weekend. The weather was beautiful and we had some fascinating experiences. 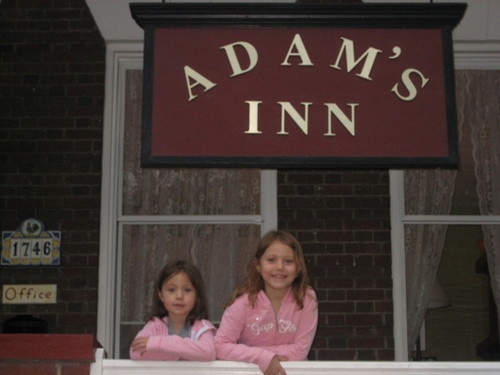 This was a nice B&B. Comfy beds, cool pictures of presidents, monuments, etc. All great save for the continental breakfast. If the Inn had a theme song it would be Sugar Mountain by Neil Young.

Like a jerkaholic, I failed to take pictures of the breakfast table. I apologize for this.

Allow me to describe the fare.

On the lovely linened table sat a basket of various breads and English muffins. A large pitcher of nonfat milk accompanied an even larger pitcher of OJ. Jams and jellies of all colors were available and 4 different kinds of sugars were stuffed into a crystal sugar packet holder. There was also a container of  Nutella, which is a chocolate/hazelnut spread of some sort.

Centered on the long, beautifully carved maple counter where the coffee and non dairy creamer sat, a giant bowl of bagels dominated the scene. As you moved your way past this enormous container of gluten, more breads and muffins greeted you. Past this were big, half filled, glass containers of Frosted Mini-wheats, Frosted Flakes, Frosted something else and a container of non-frosted something else with nuts and seeds in it.

This container was completely full. In front of this sat a little bowl of raisins. Also full.

And that is it. A boiled egg or piece of meat was not to be found, or even smelled cooking in the distance.

The folks who sat around the big breakfast table were from many different lands. But the largest of the folks (by far) were the Americans and in particular the ones from Connecticut. The German family were the leanest of the lot.

Fearing having to drink skim milk in our watered down B&B coffee, I brought along a pint of organic heavy cream. As we had no fridge, I sat it on the table for anyone to share.

Surprisingly the the coffee was quite good and not surprisingly, the milk available was all skim. Needless to say I scored big points with my wife for suggesting we schlep the cream.

As we ate, I watched with delight as the older German woman took my pint of cream and poured it into her cereal bowl - the cereal that had the nuts and seeds mind you. My wife who speaks German told me that their conversation at that moment was all about how little fat and how much sugar there was at the breakfast table. The older woman remarked that there is usually Speck (smoked ham) included in a continental breakfast or other meats.

Not a single American touched the cream. They seem to be repelled by it.

Perhaps the highlight was visiting the Jefferson memorial by paddle boat.

Jefferson's majestic statue is a sight to see. 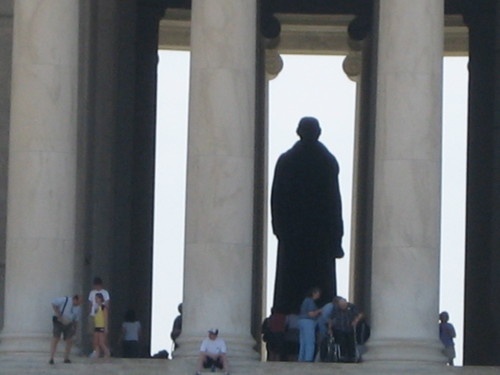 But before we donned our life jackets, I saw the horror or horrors - and I couldn't believe my eyes.

A very large woman was force feeding her 1 year old a bag of Lays potato chips. I watched in horror as she shoved the nonliving substance directly into her child's mouth. (I tried to snap a picture of this for you but my wife almost bit my head off so, sorry, no pictures of this.)

As the kid gummed and tasted it, his face contorted in pain and disgust and within seconds began to eject the now half fluid, half particle substance onto the paddle boat dock. Clearly his little body knew that such poisons must be ejected.

But it got worse.

The large woman became enraged by this denial and scolded the child for spewing out the gooey substance. After shaking her meaty finger at the poor kid in anger she began to shove yet another one into his helpless little mouth. A crime in progress.

The older kid, her daughter I presume, was also eating the chips. But it appeared that years of force feeding and scolding had made her like and enjoy the poisonous product.

It was like I was watching a horror film or being in a bad dream where you can't move. I felt the need to do something but alas I could not. It would have made a perfect Curb Your Enthusiasm episode.

What would he have done? 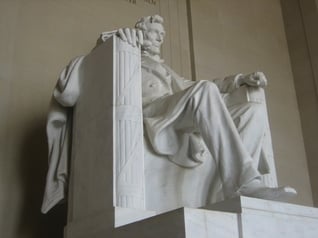