My High Fat Diet and My Heart 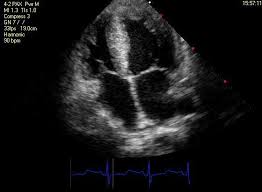 I was having some erratic PVCs (premature ventricular contractions) while I was away on vacation this past month. I've had PVCs for well over 30 years now, but the frequency and length of them became worrisome. Many people experience PVCs from time to time, and in most people, they are normal and not a sign of underlying heart disease.

But I was getting about 5-10 per minute and they lasted for hours. If I was active they stopped. Which is a good sign. Still, it worried me that I was having so many so frequently. They seemed to come out of nowhere. I was sitting an the airport going from Riga to Berlin and while I was sitting and having my usual high fat, adequate protein, low carb meal, they began and kept on going. This continued for days and only subsided with activity or lying down and resting. Sitting an eating or talking was almost unbearable. It felt like my heart was going to pop out of my neck.

I called my doctor from Berlin, Germany and she said not to worry but if they persisted to come in to see her when I returned. She agreed that this was not normal and required investigation.

So, upon return to the states, I saw a cardiologist, really nice fella, who did a sonogram of my heart. After all the tests and exams he did, I asked him his opinion of my heart. He said my heart was absolutely perfect - very strong and solid. Said he'd never seen a better specimen in a 52 year old - not even in a young heart. (My BP was 117/70. He praised this as well.)

So I asked him, "In your experience doc given my EKG, sonogram, bloods and your examinations, what is the likelihood that I have underlying heart disease of any kind including clogged arteries? "Nil" he said. "Practically zero."

So much for my high fat, artery clogging diet and complete lack of aerobic exercise.

I do have to wear a heart monitor for 24 hours so that they can see how the PVCs come and go. The rug I'm wearing doesn't help so they needed to tape me up.

I suspect that several things may have contributed to the increase in PVCs:

1. Lack of my usual mug of bone broth which is loaded with minerals resulting in an electrolyte imbalance

2. Too much stronger and lower quality coffee

4. Reintroducing foods that contain gluten - beer, bread and some sauces. This definitely messed my skin up big time.

Since I've returned, I have cut back on caffeine, alcohol and am drinking my wonder fluid broth and the PVCs have definitely gotten much better, meaning, lessened greatly. So all seems well at this point.

One thing I noticed when he showed me the sonogram of my perfect heart, the interior beating heart valves look like a beautiful dancer. It literally looked like a person dancing and beating on two drums. Take a looksee: